IN AN HISTORIC LANDMARK. 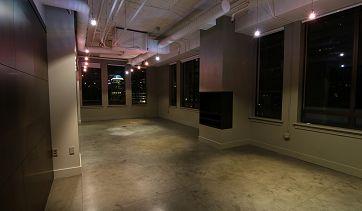 Ninety years of history to inspire your work.

Olympic Tower is located in the heart of downtown Seattle, across the street from Macy's, Amazon, Columbia Sportswear and the light rail Tunnel.  Offices feature large windows with stunning views of Puget Sound, Pike Place Market, Westlake Center and downtown.

Built in 1929, the Olympic Tower is listed on the National Register of Historic Places.  Originally known as the United Shopping Tower, the building was designed as a unique retail center with specialty shopping on each floor.

After the Great Depression, the tower was converted into offices and renamed the Northwestern Mutual Insurance Building.  The third floor was expanded and the floors above were extended to the west in the early 1940s.  In the early 1980s, the building became headquarters for Olympic Savings and was renamed Olympic Tower.

The terra cotta building has been designated a City of Seattle Landmark, recognized as a classic example of Art Deco architecture.  Through several renovations and additions, Olympic Tower remains a tribute to an era of rapid industrialization, reflecting the luxury and glamour of the late 1920s.